The South Korean company is about to announce a new Samsung Galaxy F41 smartphone with specs like a 6000mAh battery and triple cameras!

Here the below, we are going to share Samsung Galaxy F41 Price, Specs, & Release Date. We are trying to serially describe the Galaxy F41 Release Date, Samsung Aurora Specifications. So, staying with us and continue reading this content.

We are sorry to say, Samsung Company hasn’t officially announced of release date this smartphone. The Indian e-commerce giant Flipkart announced that the Samsung Galaxy F41 is going to be launch on October 8 at 5:30 PM IST (midnight UTC) as the first smartphone in the lineup.

First, we are talking about the display of the phone. In terms of the display, the Samsung Galaxy F41 specs pack a 6.4-inch Super AMOLED Infinity-U with a resolution of 1080 x 2340 pixels. This type of display will give one to enjoy a fantastic video. For security, there is an under-display fingerprint scanner and Corning Gorilla Glass protection.

The battery is a very important part of a good smartphone. As far as we know, the Samsung handset carries an amazing 6000mAh juice box supporting fast battery charging.

We are going to share another very important part of this special phone. In detail, the Samsung device arrives in three lenses at the back setup. It consists of a 64MP primary lens + 8MP ultra-wide shooter + 5MP depth snapper. Meanwhile, at the front-facing, it has a single 32MP snapper for taking selfies and video calling.

Talking about the storage department, the Samsung smartphone ships with 6GB of RAM and 64GB/128GB of in-built storage. Most importantly, with a dedicated slot. 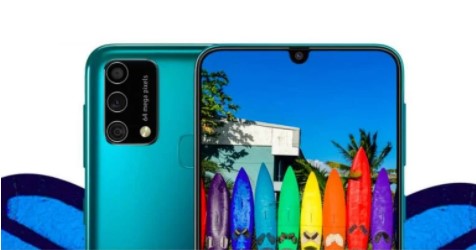 Under the hood, the Samsung flagship gets power from the Exynos 9611 chipset. Besides, the software is working on this device can be Android 10, upgradable to Android 11. Moreover, this handset arrives in two storage variants and three color options.

Not only, you will have the full freedom to install anything you want. This phone includes Fingerprint, Face ID, accelerometer, gyro, proximity, compass, and barometer.

At present, there is no official information available about the Samsung Galaxy F41 Price. THE galaxy F41 Price starts around Rs. 15,999 ~ $217. So hope it’s going to be a great purchase for you. Thank you very much for reading this full article.